Three players to target from the Mariners 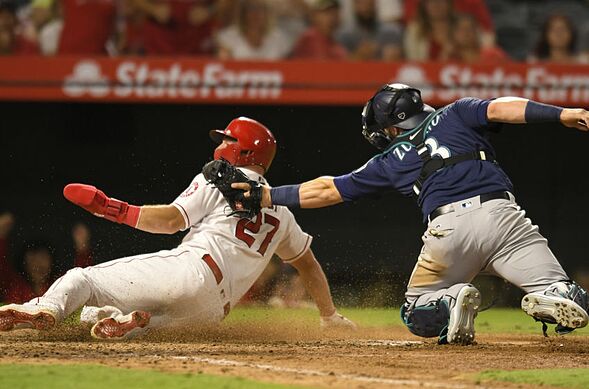 The Seattle Mariners could be stripping down the team this winter and fellow American League West team, the Los Angeles Angels, could use some pieces.

The Los Angeles Angels are entering an offseason in which the team really has no choice but to add whatever pieces they can in order to get the team back to the playoffs and win the first playoff game since 2009.

Rebuilding is never really an option with Mike Trout on the roster, especially considering what the front office has already invested in this current group of guys. The team made the brilliant trade for Andrelton Simmons and have sluggers Justin Upton and Albert Pujols signed to some significant deals.

That Pujols deal is pretty grotesque now, but let’s not talk about that.

Heck, the Angels even went out and landed the most anticipated foreign star of all time in Shoehi Ohtani. Ohtani proved that he can hit and pitch at a high level in the MLB, although he will not pitch again until 2020.

There is too much invested for the front office to twiddle their thumbs this winter. The team needs to add pieces in order to make a compelling case for Trout to stay with the Angels past 2020.

Luckily for the Angels, there is a team in the American League West that might be having a flash sale this winter whose general manager, Jerry Dipoto, was previously the general manager of the Los Angeles Angels.

That team is the Seattle Mariners, who have reportedly are targeting a full teardown this winter.

Sources: The Mariners are considering a full-fledged teardown this winter. If trade market is strong, they’ve told teams they’re willing to move just about anyone. And if that happens, they have indicated they’re willing to wait a few years to build a competitive team again.

However, that is not exactly the case as Dipoto has come out and slowed the teardown talks, but not the trade talks completely. Based on what Dipoto said (which you can find here) I think it is safe to say that some players could be leaving the Mariners this winter.

Here are three players that the Angels should inquire about, in order of importance.

Rangers Comeback Win Over Angels, Summed Up in One Word – Sports Illustrated

LA Angels: Why this revamped bullpen could be elite – Halo Hangout

LA Angels Opening Day: Could this be the best lineup in baseball? – Halo Hangout