Our View: Give Maddon credit for trying to help 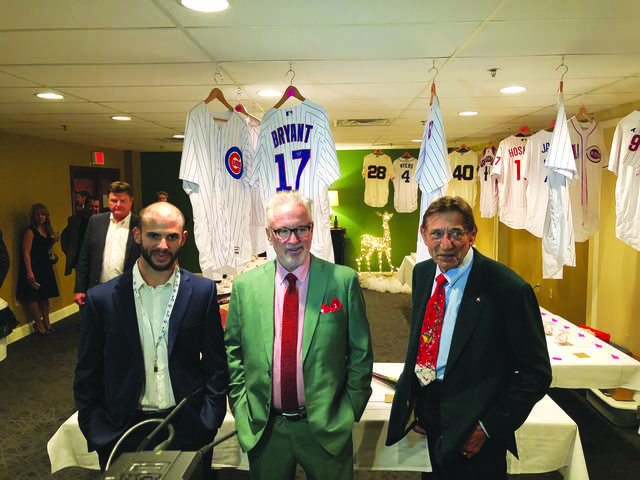 We have been critical of Chicago Cubs Manager Joe Maddon in this space before.

Specifically, last year when Maddon had a simply horrible choice of words to describe the situation in his hometown.

“They’re going to save our town,” Maddon told an NBC interviewer when talking about immigration in his home town of Hazleton. “You have two options right here. Either you get on board and help us as we’re moving this thing along or you’re going to die. And when you die and go away, then you’re going to get out of the way. You’re not going to be part of the problem anymore. So, it’s either help or die.”

However, lost in the flack over those words was Maddon’s love for Hazleton.

And that love was on display once again this past weekend, so it’s only fair that we use this same space to highlight the good work the Major League Baseball manager continues to do for Hazleton.

On Friday, Maddon hosted his eighth annual Around the Horn charity event, raising money for the Hazleton Integration Project. The project helps unite people of different backgrounds and cultures in the community.

“I know we are still met with some resistance around the community,” Maddon told reporter Dan Stokes. “I appreciate everything the people have done for me in the community both now and in the past.

“But as we continue to move forward as a world and as a population of human beings, we have to come together as a group. Diversity really makes this whole thing work.”

According its Facebook page, Thanksmas is a day where we offer free meals, good music, good company, and a fun time to the community. Plenty of people got a good meal at the Hazleton Integration Project facility thanks to Joe Maddon.

Yes, we have heard some of the gripes about Maddon that come from some Hazleton residents: He no longer calls Hazleton home or that he drops in once a year and doesn’t really understand what is going on in the area. And we know there is a good bit of anti-Maddon sentiment in Hazleton. (We understand our editorial criticizing Maddon from last year is proudly displayed in one local watering hole.)

We couldn’t disagree more with those that find fault with Maddon.

While Joe may not have a mailing address in Hazleton anymore, his love of the city and its people is clearly genuine, and his efforts to help those who still call Hazleton home should be applauded.

Whether you are a Cubs’ fan or don’t know a baseball from a cantaloupe, we should all be pulling for Maddon to succeed in these endeavors.