Los Angeles Angels lost Zach Britton. What’s next for them? 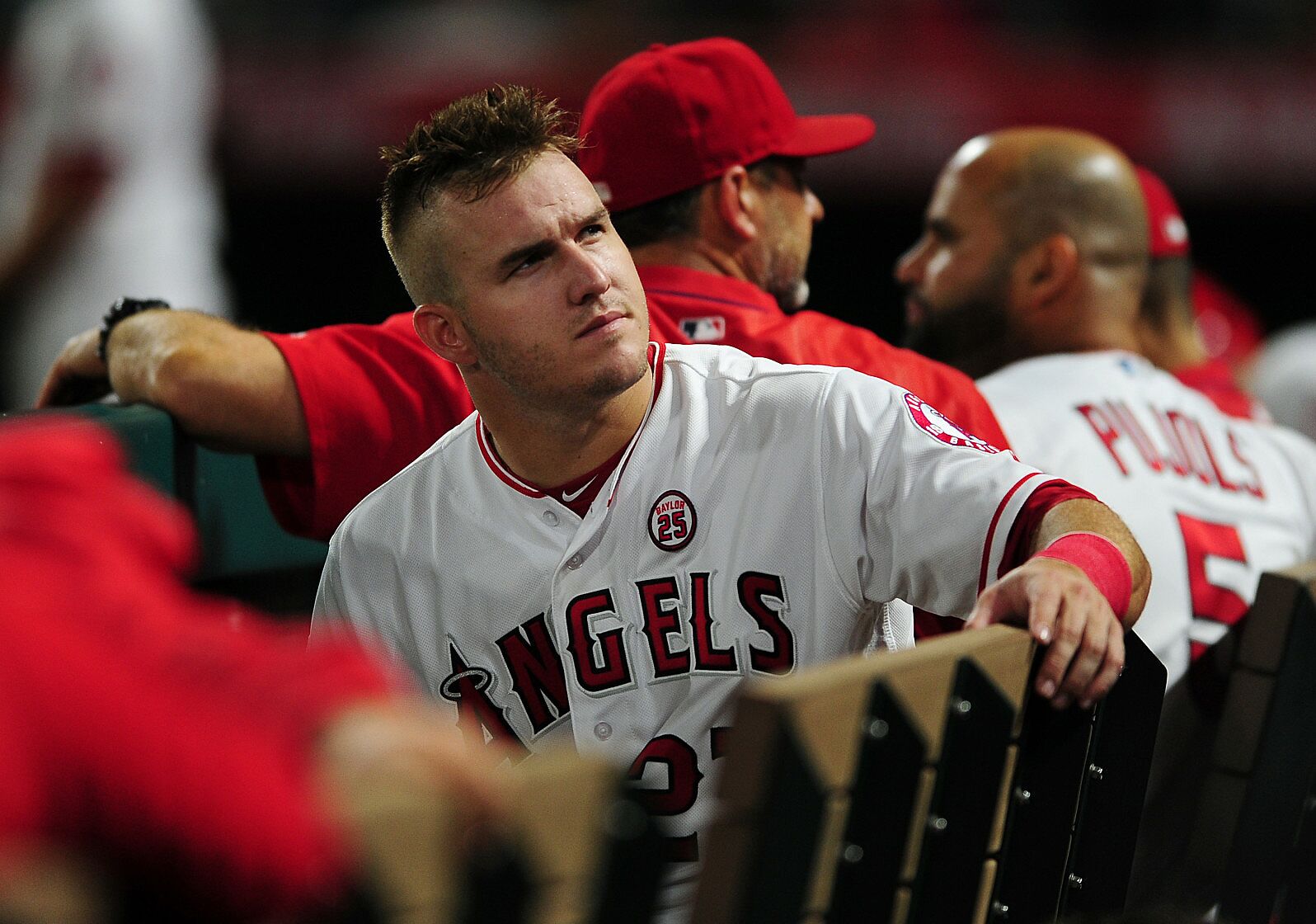 ANAHEIM, CA – AUGUST 23: Los Angeles Angels of Anaheim center fielder Mike Trout looks in the stands from the dugout in the sixth inning of a game against the Texas Rangers, on August 23, 2017, played at Angel Stadium of Anaheim in Anaheim, CA. (Photo by John Cordes/Icon Sportswire via Getty Images)

The MLB free agents market is continuing to move along as the holidays are over. And, one team’s acquisition is another team’s loss. This time the team that lost was the Los Angeles Angels

According to the latest rumors, the Los Angeles Angels lost out on one of the best MLB free agents. Namely, Zach Britton.

This rumor came via Dan Connolly with the Baltimore branch of The Athletic. He shared a few details in a Tweet:

Yankees land Britton at 3 years $39M with a fourth year option. Sources say the Los Angeles Angels were the primary finalist, but Yanks delivered on the guaranteed $. Phillies were initially in as well but dropped out

The Angels have been busy in the 2019 MLB free agents market adding Matt Harvey and Trevor Cahill to the rotation, Justin Boer to first base, and Jonathan Lucroy to catch. While the team hasn’t been in on any of the big names, adding some solid bullpen pieces wouldn’t hurt.

The Angels were also rumored to be interested David Robertson according to Jon Morosi, so it is clear the Halos know they have a weakness to fill.

Source: #Angels interested in free agent reliever David Robertson, who knows Angels GM Billy Eppler from their time together with #Yankees. Robertson is said to prefer teams in Northeast, but he’d also like the opportunity to close — which is what he could have in Anaheim. @MLB

The recent signings haven’t been too inspirational, but they could be signs that the front office is trying to fortify the roster in an attempt to woo Mike Trout. With a pair of starting pitchers and a solid veteran catcher on the roster, the bullpen should be embellished with someone who is semi-consistent. There isn’t much worse in baseball than losing a game because of bullpen flubs.

Unfortunately, the top bullpen pitchers are quickly being snapped up by the teams that really want to win. There are still a few available who could help the Angels be taken more seriously – at least from a pitching standpoint.

While it might seem odd to see a top bullpen pitcher in a Halos uniform, it is something that needs to happen. After watching Brad Ausmus manage the Tigers bullpen for four years, Billy Eppler should think long and hard before losing out on another veteran arm that could help the team get a few more wins. There are a few free agents still around and maybe Eppler could make a trade.