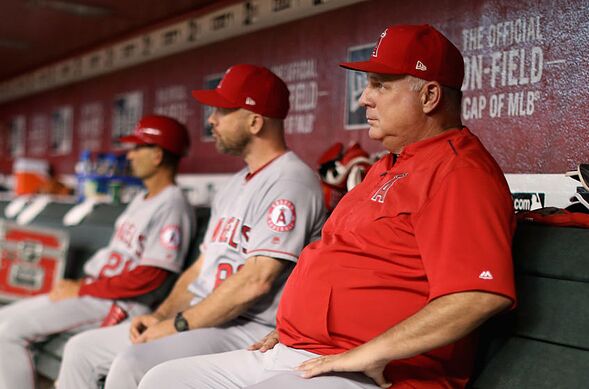 The Los Angeles Angels missed the postseason for the fourth consecutive season and should be shopping for more talent during the offseason.

The Los Angeles Angels are in a very weird position heading into the offseason. The team has missed the postseason the last four seasons and has not won a playoff game since 2009. Manager Mike Scioscia, who has managed the team since 2000, is officially stepping down as well.

All signs are indicative that the Los Angeles Angels are set to enter a rebuilding period of the franchise. However, as we have seen the last several years, the front office does not want to squander Mike Trout’s prime and continues to add talent to give the best player in baseball his first postseason win.

This has often caused the Angels to overpay for guys that are typically past their prime. Examples include Albert Pujols, Josh Hamilton, C.J. Wilson and more recently, Ian Kinsler and Justin Upton.

Upton has been good as an Angel but he signed a five-year, $106 million contract last offseason that could begin to look bad in two or three years. Infielder Zack Cozart battled injury and was never really himself, either. Cozart is under contract for two more seasons and is owed $12.66 million in each season.

And let’s not forget the team’s biggest signing, Shohei Ohtani. Ohtani certainly lived up to high expectations and proved to be an elite pitcher as well as a great hitter.

The only problem is that Ohtani is set to have Tommy John Surgery, might miss all of 2019 (at least in a pitching capacity) all while the Angels put the surgery off hoping he could avoid it.

The team is in a pickle. The front office has no other option than to go out and add whatever they can in the offseason. Here are the biggest holes the Angels should be looking to fill.